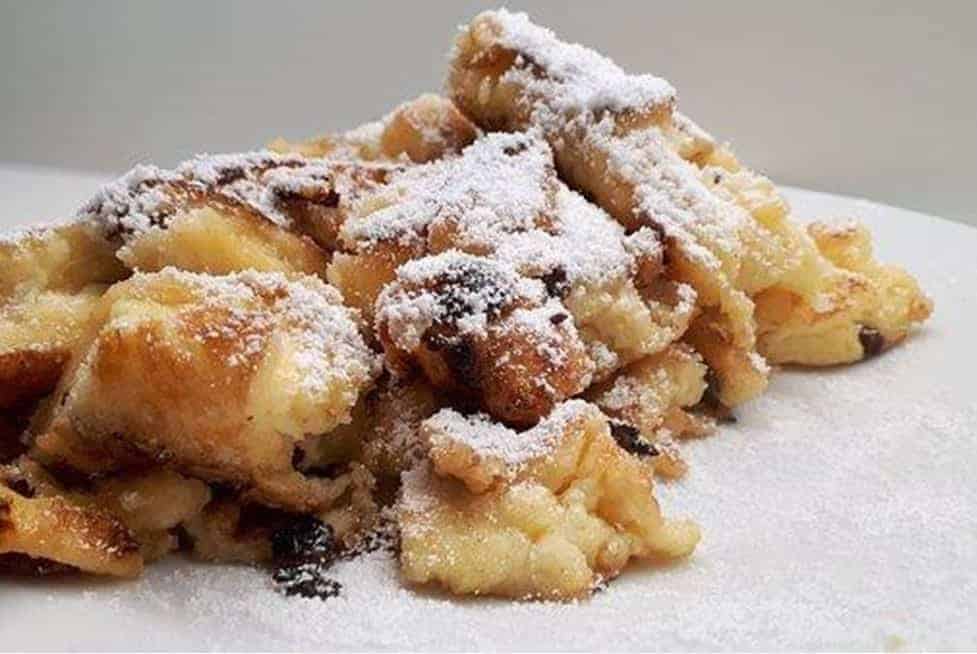 For whom was the Kaiserschmarrn originally intended? How many legends are there around the formation of names? What is it made of and how is it made? What are the typical side dishes?

This dessert, which can also be served as a main course, has a distinctly Viennese origin. What else would they say in Vienna? Prepared with flour, eggs, me, sugar and a little salt , this very simple dish is light and digestible, even if a portion of about 500 calories spread on the hips.

How is it made? As for the pancake batter (pancake batter), in a bowl mix more, sugar, salt and yolks with the milk until a nice thick batter. Separate egg whites and beat until stiff. Fold into the dough. Melt butter in a large skillet and pour in the batter, browning nicely on both sides. Then off into the preheated oven at moderate heat and bake until done. The most important thing is to tear it into nice digestible pieces with two forks. Be sure to tarnish. If you like, add raisins. Serve with plum roast or applesauce as desired.

The origin of the name is disputed . Four stories persist. But which one is true will probably never be clarified. The following are the most common variants:

The story most often told is that the personal chef of the imperial couple was always at pains to serve the very figure-conscious Empress Sisi particularly light and fluffy desserts. The empress rejected heavy food as a matter of principle. A simple, wholesome and according to today’s term

“reduced-calorie” dish, should please the empress. The task for the resourceful minds at the pots and pans in the imperial kitchen was not easy. But with a few simple ingredients, it was possible to develop a meal that had never been served before and had a fancy name to boot: “Der Kaiserinschmarrn“.

The personal chef brought the torn fluffy pancake dough with stiffly beaten egg whites and plum toast. Since the empress was not impressed, Emperor Franz Josef I uttered the now famous words, “Well, he’ll just give me the Schmarrn that our Leopold has cooked up again . The emperor is said to have liked the dish so much that it was immediately given the name “Kaiserschmarrn“.

The following story is similar: For the wedding of Elisabeth in Bavaria and Emperor Franz Joseph I, the chefs developed an “Kaiserinschmarrn” in honor of the young empress. However, since the dish is said to have tasted better to the emperor than to the empress, the name quickly became “Kaiserschmarrn”.

In another story, an imperial hunt is said to have ended Emperor Franz Josef I in an alpine hut. The alpine dairyman, also called Kaser (from making cheese), is said to have served the emperor a Kaserschmarrn. In any case, the emperor was so enthusiastic about the dish that he appreciated it at his hunting parties. This is reported by Joseph Cachée, one of the last court servants, in his book about the “Court Kitchen of the Emperor”.

Much more profound sounds the fourth variant, which means that the many simple dishes, which are called from the Italian “a la casa”, that is, cooked in the manner of the house, rather simple, simply became onomatopoeic in Vienna to “emperor”. Like the Kaisersemmel, the Kaisergulasch, the

Kaiserschnitzel etc. An expression of the emperor’s modesty and closeness to the people and the people’s love for this very emperor.

Just around the corner from Time Travel on Kohlmarkt, there is the former K.u.K. Hofzuckerbäcker Demel, which recently started offering “Kaiser to go” . That means you can enjoy the imperial treat to go. Absolutely recommendable, has addiction potential! The doughnuts at Demel are also a hit. 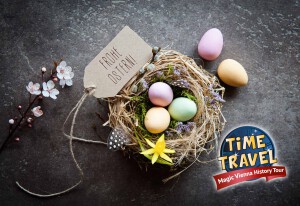 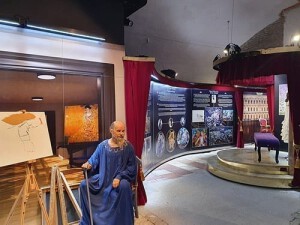